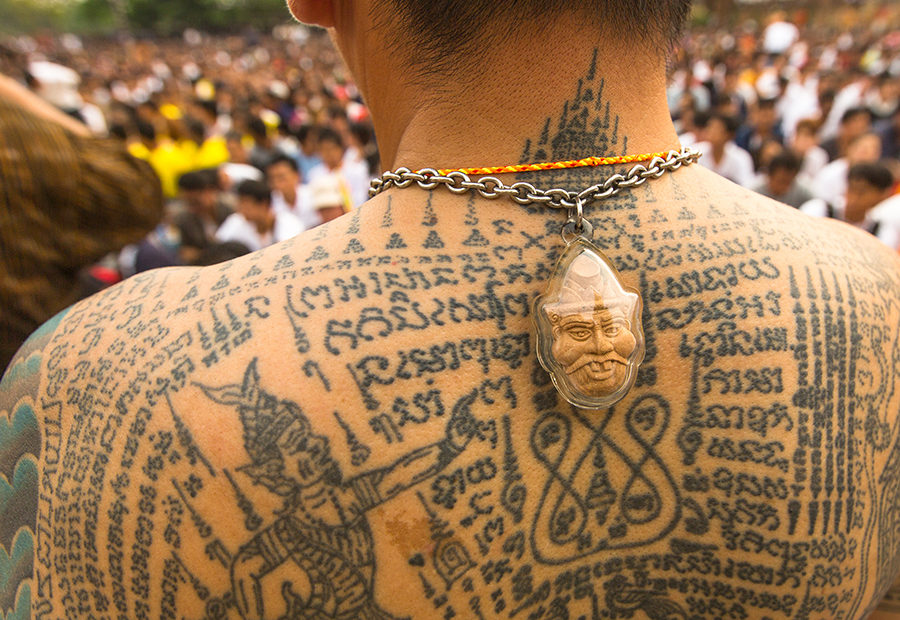 It is quite common for any of us to bring something from our visit as a souvenir. When you are visiting a country, you are going to get something local, traditional, or unique for the souvenir. From Thailand, you could try to get tattoos as the “souvenir” from the country. Thai Tattoos could be your souvenir to be brought home from your visit to Thailand, as it is getting very famous lately. Thai Tattoos are not the same as the regular tattoos that we all know. They are crafted in some rituals of Thai’s traditions.

As American actress who is famously worldwide, Angelina Jolie has blade tattoos on her left shoulder with ancient Khmer script in Thailand. It could be the trigger that Thai Tattoos become popular in west countries. They grow so big and popular among the Westerners. Unfortunately, there are some issues about this. The trend of Thai Tattoos causes many people in Thailand upset and angry because the Westerners people do not respect the spiritual meaning and appreciate it properly. The thing is, Thai Tattoos are the traditional item and it is also called ‘Sak Yant’ which are inspired by spirituality and superstition.

Where to find Thai Tattoos

The controversial issue about Thai Tattoos and Angelina Jolie does not hold back the interest of people about it. Many tourists love to get the tattoos and they could find it on their way to Bangkok’s Khao San Road. It is known as the place where you will see tattoo parlors nestling among the internet cafes, noodle stalls, and other backpacker hangouts. In that kind of place, you, as a visitor, could pick up a tattoo or beads and dreadlocks or a nose ring. Unfortunately, the Thai Culture Minister, Nipit Intarasombat, banned foreigners from getting religious tattoos, especially the one which offend Thai people.

What is the truth about Thai Tattoo?

In Thai tradition, Thai tattoos are blessed by a monk and it is known as the magic Sak Yant tattoo. The traditional Sak Yant is tattoo which is hand-etched onto the skin using ancient geometric designs which are mixed with Buddhist prayers. People believe that the tattoo will give the wearer magic powers which have the ability to heal, give luck, strength, and protection against evil. Buddhist monks engraved Sak Yank into warriors seeking protection and strength in battle and it is the original purposes of the Thai Tattoo.